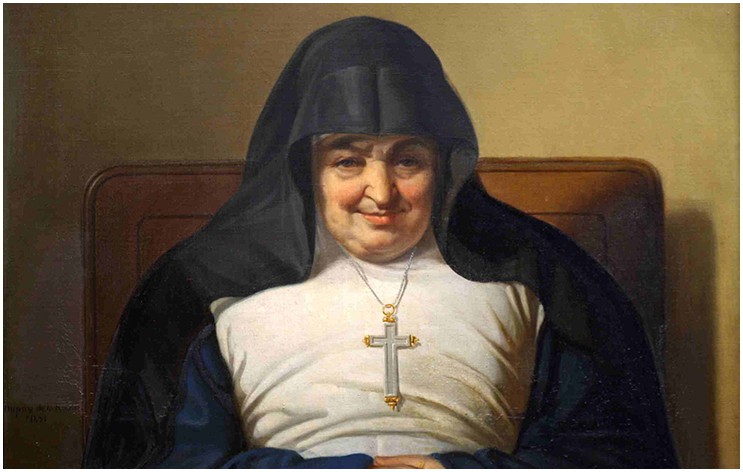 Blessed ANNE MARIE JAVOUHEY (1779 – 1851) urged by the desire to seek, find and accomplish the will of God, founded the Congregation of the Sisters of St. Joseph of Cluny, in Cluny (France), under the patronage of St. Joseph. In fulfilling the will of God revealed to her by a special intervention of God, she went beyond the boundaries of France to Africa and

Mana (South America). At Mana she was the pioneer for the liberation of African slaves (apartheid). The sisters of the Congregation are scattered over the five continents, imbued with the same zeal to carry on her mission in the Social, Medical and Educational fields. This congregation is geographically divided into provinces, of which the Province of South East India, having its headquarters in Pondicherry, India, is one of them.

In 1827, the first three Cluny Sisters came to Pondicherry. The sisters of St. Joseph of Cluny realized the need of creating better environment for study for the girls. So immediately after they arrived in Pondicherry, they opened under the generous grant of the government. The “ Pensionnat des Jeunes Filles”.The sisters of St. Joseph of Cluny therefore, started the first school in Pondicherry. They were followed three years later by Mother Rosalie Javouhey, Anne Marie’s youngest sister. In accordance with the spirit of the Foundress, they launched out into social, medical and educational fields. To impart sound moral, spiritual, human and social values to the students for life, and to prepare them for their respective roles in society, schools were established.

St. Joseph of Cluny School – CBSE was established in 2015.

A girl wakes up to the call of God, rises above all barriers. Her presence is a “wake up call” to the family, the country and to the people. She is confident and clear about her responsibility. In all her endeavors, she believes in the motivating dictum “The task ahead of you is never as great as the power within you”. With this vision in view, the foundation stone for the CBSE School was laid at 09:10a.m. on 11.12.13.

The vision of establishing a Girls CBSE School became a reality on this day. In the presence of many priests, numerous sisters, teachers, students and well- wishers, the CBSE School, Primary section at Odiampet was blessed by the most Rev. Antony Anandarayar, Archbishop of Pondicherry and Cuddalore. It is an annex to St Joseph of Cluny Girls Hr.Sec. School, Lawspet, Pondicherry. 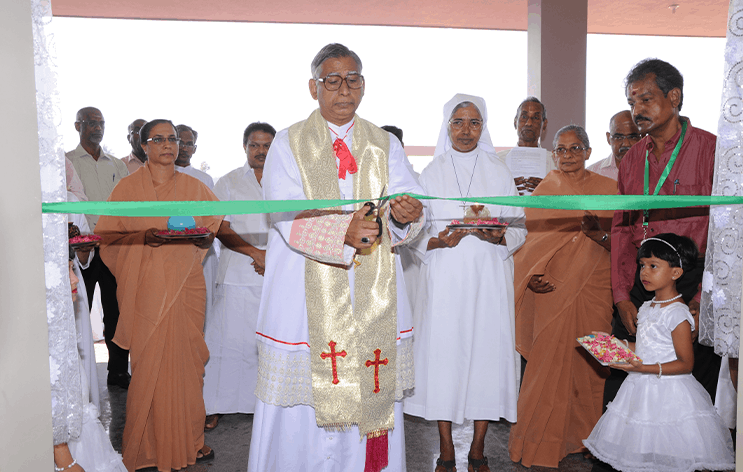 The aim of starting a CBSE school in the outskirts of Puducherry is to uplift the children of the periphery. The challenge is to conscientize the rich to help the poor generously and lend a helping hand to arise and shine.

We aim at inculcating a sound Christian and human formation, for the total development of the whole person, making the student a well integrated person, spiritually, socially, intellectually, morally and culturally well equipped and ready to collaborate with others in the building-up of a just world order.